Today is World Recycling Day! We would like to think that people practice recycling every day of the year, unfortunately this isn’t the case so this day is an important reminder to us all, especially given the pandemic which has influenced more people to dispose of their waste in a safe and ethical way. Unfortunately, the demand for PPE items such as face masks, face shields and gloves have surged.  As most of these can’t be recycled, the waste has also seen a dramatic surge. World Recycling Day is a huge opportunity, not only for renewable energy companies such as ourselves, but for everyone to spread awareness about the importance of recycling in ensuring a healthy future of our beautiful planet and saying “Thank You” to the #RecycleHeroes. There is now an update on the well known “RRR” Slogan associated with the day : “Reduce, Reuse, Recycle, Recover!”

According to the Global Recycling Foundation, the theme for this year’s World Recycling Day is “celebrating our “Recycling Heroes“. This year we want to show our gratitude to all who include recycling in their daily lives. And if you thought that little changes don’t have a huge impact, you’d be wrong! Did you know? Every year, recyclable products also known as the ‘Seventh Resource’ saves over 700 million tonnes in CO2 emissions and this is projected to increase to one billion tonnes by 2030, according to the globalrecyclingday.com

What’s The Aim Of #WorldRecyclingDay?

If you haven’t made a real effort this year, we urge you to practice recycling as much as possible. The last decade has been the hottest on record, and we are now facing a climate emergency of unparalleled proportions. If we don’t make significant and rapid changes, we will see continued rising global temperatures, the melting of icecaps, continents on fire and rapid deforestation.

This directly affects each and every one of us, with increased poverty, immigration from displaced communities, job losses, waste mountains and natural habitats disappearing. We have the power to make lasting changes to combat this, and with recycling being recognized in the UN’s Sustainable Development Goals 2030, we are already seeing many individuals, governments and organisations taking direct action to support the global green revolution!

Although this annual day seems to have been around for a long time, World Recycling Day was only created in 2018 to help recognise, and celebrate, the importance recycling plays in preserving our precious primary resources and securing the future of our planet!

It is a day for the world to come together and put the planet first and we all have our part to play. Will you start day? 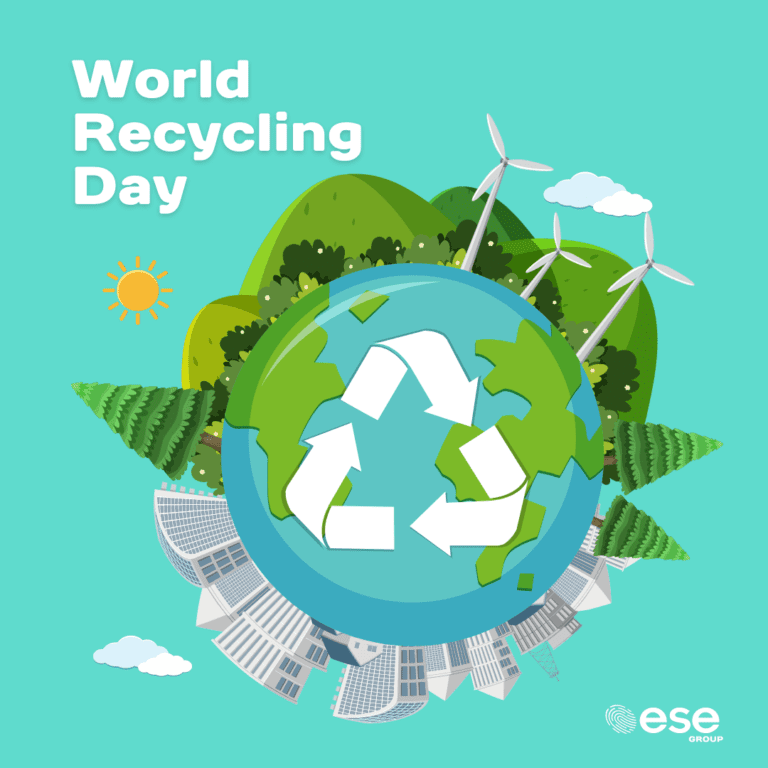